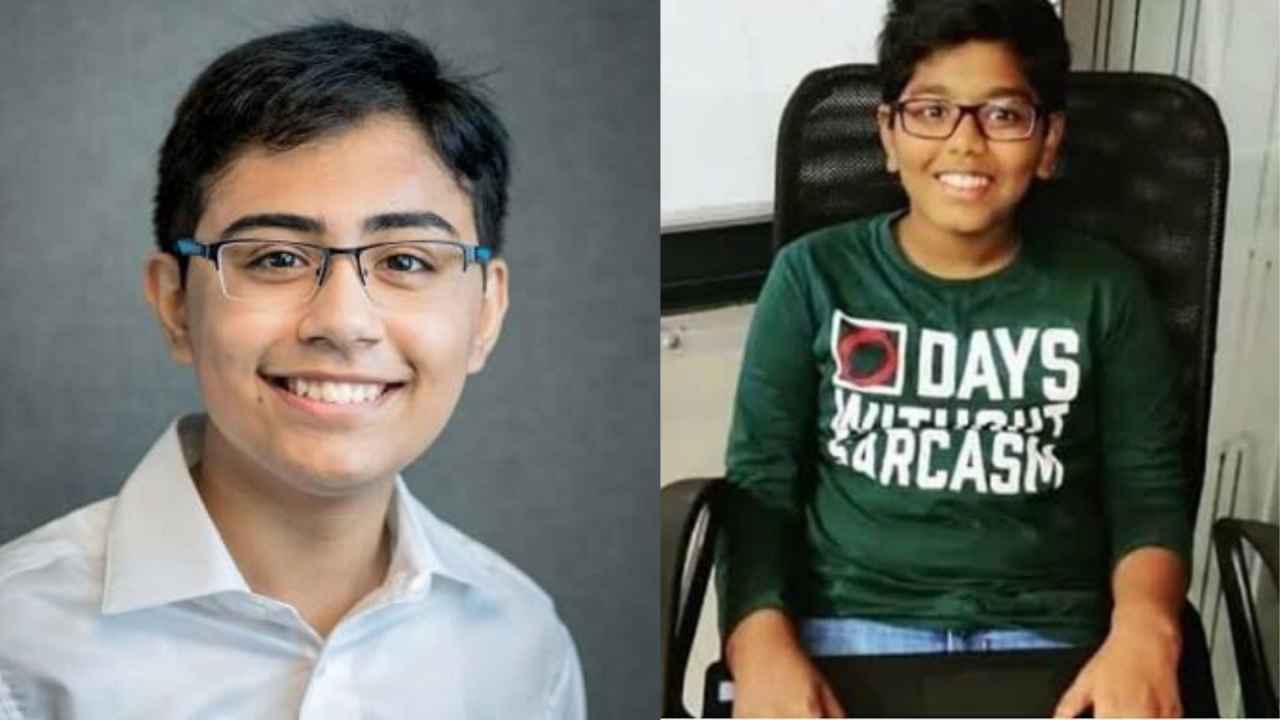 1. Curiosity - it was their only fuel!

3. The aim was to only learn the languages

Data Science is like a wildlife jungle, looks amazing and interesting at first sight but just as one tries to enter into it the vastness of Data Science will be visible, which is so vast that it will scare the one to drop the passion of Data Science. Even if efforts are put in, the heavy syllabus of concepts would weigh too much on one’s sanity. This is the one major reason why Data Science seems not a cup of tea for most people. In a ratio of 10, only 6 percent of people would make it as Data Scientists. On the other hand, two youngsters aged 12 and 14 are currently on their internship as Data Scientists in massive huge IT companies and started their journey to become young data scientists. Lets us step further to know who are the youngest data scientists?

Now the question is, if Data Science is so much daunting to learn by adults how could the young kids triumph in it?_

The answer to this question lays in the journey of these two young Data Scientists. Let’s get it now, but first, let’s have a brief intro of them.

Tanmay, a young data scientist is from India but has been raised in Canada, who is on his internship as Data Scientist at IBM. He grew up in a coding environment because his father was a programmer, it is no wonder he got into programming at the tender age of 5. As far as I could recall I was playing with mud at that age sigh. His first model was a timetable managing stand-alone application which got the eyes of IBM, it was accepted by them while he was just 11 years old. Later, Tanmay collaborated with IBM at the teenage of 14, but his work doesn’t stop till here, it was just a beginning.

Tanmay perceives technology more like a tool to change the world, as he is currently focusing upon detecting Mental health issues like depression, suicidal emotions with the help of Machine Learning and AI. He has completely indulged himself to achieve his aims and goals through technology, one of his goals is to make the coding aspirants be able to attain effective and authentic coding, for which he himself got into teaching how to code. He has so far helped 11,000 coders in which the youngest of an aspirant is of 8 years and the eldest of an aspirant is 81 years old.

As a Hyderabad based 12-year-old tech expert, Sidharth has been hired by an IT company. Like all other kids of his age he also loved playing mobile games, but his creative mind rather got curious about how gaming works. When he was told by his father that gaming is made by codes of programming languages, he was thrilled to learn them to create one gaming app. He began with C language, learnt the fundamentals of it and started his coding journey from then. He further learnt Java and SQL but his thirst for knowledge was still parched to quench which he also learnt HTML and CSS.

Finally after learning Python he got into authentic coding in Python, this lead him to Machine Learning libraries like Sikit learn and Spicy. He took some courses on the topics, downloaded free sources and materials from the web, focused on the statistical approach in Data Science. All this helped him to quickly master in ML and Python. His knowledge of skills couldn’t get hidden as he is currently working in part-time in an IT company.

Even after being so much knowledgeable in the technical field he has not looked down upon the importance of schooling, he attends school 3 days a week, on the rest of weekdays, he works for the company he has been hired in.

Think twice before you say Data Science is tough!

Also, Data Science is still not an easy field to cakewalk in, so how could the young minds get Data Science but not you? Lets us know what they have for Data Science that generally adults lack.

1. Curiosity - it was their only fuel!

In both cases of these young data scientists, curiosity is the initial zest that made them dig into deep layers of Data Science. A meaningful analysis came out of Tanmay when he was asked how he could manage the toughness of the concepts, he said he could do it only because he got them learning at the age where going behind the subject that we are curious about is the first and the only goal. This is so much of a truth, usually, adults lose their sense of curiosity for the notion of “I know it all”, they expect things to work out in the first attempt but it is absolutely contrary in a matter of kids, they do things out of pure zest to learn what amazes them. Tanmay got into coding at the very age of 5, which helped him create a simple application but it was his curiosity that made him to try out for more innovative coding techniques. In the case of Sidharth, it was all about absolute curiosity and passion, he got so much amazed at video games that he couldn’t resist learning coding and its techniques behind the animations and characters. Only if the Data Science seekers shift their perception of “burden” to “only learning to quench the curiosity” the tough and heavy concepts would no longer bother them to become a Data scientist.

One main thing we should not neglect in these two’s journey is that they eased themselves into the field, Tanmay started with VB, when his application was recognized by IBM he continued with furthermore programming languages like C, Python, Machine Learning and got into Data Science. Sidharth was first introduced to C, then Java, HTML, CSS, SQL happened. He then turned towards Python and Machine Learning. When it comes to adults I have seen many people asking how to become a Data Scientist in 3 months or 4 months, they tend to hurry into the field. They only effort on acquiring a certificate in Data Science but only if they know that Data Science is like no other field and only skills can make them a Data Scientist, they would effort on understanding the field. Since the field is multidisciplinary, it is important to follow up and understand the stance of the essential programming languages one after the other.

3. The aim was to only learn the languages

There many are people who desire the data scientist job position merely for the mighty amount of money it acquires but only if they understood that it is the large amount of responsibility that is being paid for, the notion of “Data Science is easy” would fade away. While yes, money is good in Data Science but it is just an upshot of the field. In both cases of Tanmay and Sidharth, none weren’t even aware that they are in the highest-paid job, their aim was to just be one in the field. Tanmay seeks Data Science more than just a career and money, he is working to make Data Science a powerful tool to use in fixing the issues of the society, he is working on Machine Learning and AI to identify the victims of depression and weak mental health. He also understands the necessity of the tools to learn Data Science for which he hustles to teach coding to as many people as possible, he has so far taught 11,000 aspirants and is expecting to reach 100,000 aspirants. If the aim to learn Data Science is kept higher than just money and fame then one can achieve more quickly than expected.