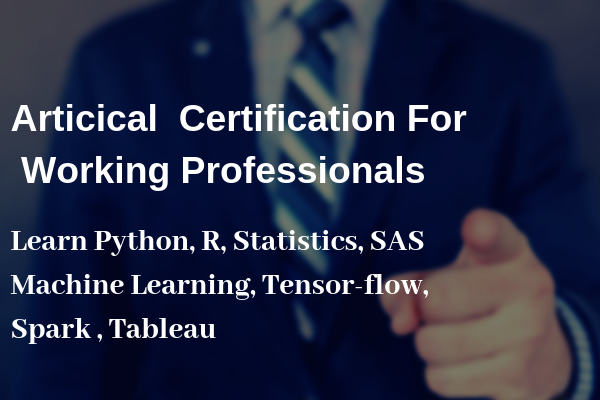 The evolution of Artificial Intelligence

Stepping towards the needful

A Machine is never conscious

The alarms rang in July 2017 when in a meeting of the National Governors Association, Elon Musk, a prominent celebrated figure pointed out "I have exposure to the very cutting-edge AI, and I think people should be really concerned about it." He further said, "I keep sounding the alarm bell, but until people see robots going down the street killing people, they don't know how to react, because it seems so ethereal."

Though Sci-Fi movies like Terminator and Transformers have already taken us through time travel and shown us a glimpse of the future, the facts remain uncertain. Presently innovations and technology are fostering mankind. AI, Machine Learning has a long way to go before we determine the end of humanity. Although we are definitely preparing for an end to the human race with all the climate change and bee extinction, technology is not the one that is leading our way.

The evolution of Artificial Intelligence

The rapid advancement in the field of Artificial Intelligence has shaken up the world, where everything is directed towards automation, along with simple, useful solutions. The world needs AI for efficient, error-free operations, smooth performance and majorly to simplify complex actions. It is undeniably the best friend to mankind that solves major societal and health issues. It is justified to be paranoid before a change, but it is ignorant to take a step towards the future that awaits. Every revolution that history has encountered gives us one single lesson, once it starts, it's inevitable. Change is the only constant and restraining this is not an ideal solution. All that should be done or must be followed is, AI should be developed in a safe and beneficial direction.

Stepping towards the needful

A dramatic breakthrough with the help of AI in various fields is beneficial for the society, rather than being an existential threat. What is expected further is explained by professor Nicholas Christakis, from the University of Yale in his recent article in the Atlantic naming, 'How AI will Rewire Us'. While humanity fears mass extinction, as per professor Christakis, "for better and for worse, robots will alter humans' capacity for altruism, love, and friendship." However, Christakis statement contradicts to what Ray Kurzweil, one of the best-known AI thinkers as to say. According to him, AI is helping to grow human communication and it will just grow with time. He says that "Hybrid Thinking," is the next big thing in AI communication. Bridging the gap between perspectives. But what is Hybrid Thinking? It is a combination of human and cyber intelligence. Promoting creativity and science together.

AI will soon transform into Super intelligence. Will that transform into something frightening or destructive in the future? We don't know. That's not the objective at this point of time. Today, as we speak, the goal is to work towards positive development. Like Human- Machine interaction and collaboration. Your Siri, Google Now, Cortana and Alexa are examples of supreme AI technology. But, developers and experts are working to improve these systems so it detects human reactions. Complex algorithms are inserted to help these super intelligence systems and these are trained to learn through various types of learning. Supervised, unsupervised and reinforced learning could make such systems identify stimulation in their audience.

So, if it is said that AI or Super intelligence can be a threat to humanity, that is not true. Misaligned Intelligence is a real threat that could destroy every living being. Every creation has an objective or a goal. However, is it for the benefit of all? Probably not. A missile has an objective to destroy a colony or community, but to its defence, it is trained to detect heat and demolish. Thus, you must keep your goals aligned.

A Machine is never conscious

Look around you and ask yourself a question, what is the basic difference that a machine and a human have? Conscious is one thing that machines or robots miss out. The human mind can also be called a machine, but it is conscious. It is related to emotional conduct. Machine consciousness, in general, is different from human consciousness, it is not induced by emotions of love and hate. A machine conscious can be limited to specific trajectories. A self-driving car is aware of its environment and moves along the guidelines. If it struck a person, the person won't have a thought about subjective conscious. Thus it's irrelevant to say AI is a risk.

What is expected of AI is to bring productivity out of its super-human intelligence and nothing else. So, we should not be concerned about AI taking over our job opportunities but program AI's to bring about eventful insights and help in your job and make it easy. It should be developed to enhance and not erase human actions. Not just AI, technology should always have a standard that passes both, safety and security, to avoid accidents and misuse, all at once.

So, rather than asking questions like if AI is a threat to humanity, there are more important questions that must be asked. What kind of future are you looking up to? A future with no innovation and automation? Will AI fulfil all the criteria of human collaboration? Will it hamper human communication and evoke emotion implicitly? Continue to contribute to the betterment of society or just help in prediction?

Data Science, Machine Learning and AI have become an integral part of our existence, but it would never be the cause of our extinction. It is silly to accuse a robot or a machine that is human trained at the grass-root level. So, our combat is not human versus robots. Our real combat is intelligence vs intelligence. Misaligned human intelligence needs no metal bound structure to bring destruction. Machines will never control humans, as intelligence enables control and the ball is in our court till we imbibe catastrophic goals into the system. As humans, we know better, of course, with conscious.